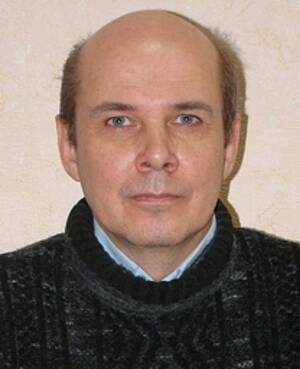 Graduated from Kharkiv Aviation Institute in 1988 with a degree in Aircraft Engines. After graduation he worked as an engineer in ILTPE of NASU, and later as an engineer and a research associate in IPMash of NASU. In IPMash of NASU he finished his postgraduate studies and defended a thesis on "Solution to the problem of elastic-plastic bending of arbitrary shaped plates on the basis of the theory of R-functions". In 1999 he received a Candidate of Technical Sciences degree (PhD-equivalent) in mechanics of deformable solids (01.02.04).

He has been working as a teacher since 2001, and as of 2006 holds a position of Associate Professor of Engineering and Computer Graphics in KhNAHU. He reads lectures and conducts practical studies on descriptive geometry, engineering and computer graphics, basiс ergonomics and design of road-building machines.

He is an author (a co-author) of over 20 educational, and 48 scientific publications, some of which are listed here:Google Academy.